As a Catholic School, we actively promote values, virtues and ethics that shape our pupils' character and moral perspective, through the teachings of the Church. Our staff model to our pupils the values of the Catholic Church and Great Britain through their own behaviour.  Through lessons and daily collective worship the school teaches and upholds traditional the Gospel Values of honesty, kindness, empathy, respect and tolerance.

As our mission statement outlines we view ourselves as a school ‘family’ and we aim to nurture our pupils so that they can grow into secure, caring, democratic, responsible and tolerant adults who make a positive difference to British society and to the world. We encourage our pupils to be creative, unique, open-minded and independent individuals, respectful of themselves and of others in our school, our local community and the wider world.

The promotion of ‘British values’ is central, not an afterthought, in Catholic schools because British values have their origin in the Christian values of our nation.

How do we express and share British Values at Holy Rood School? 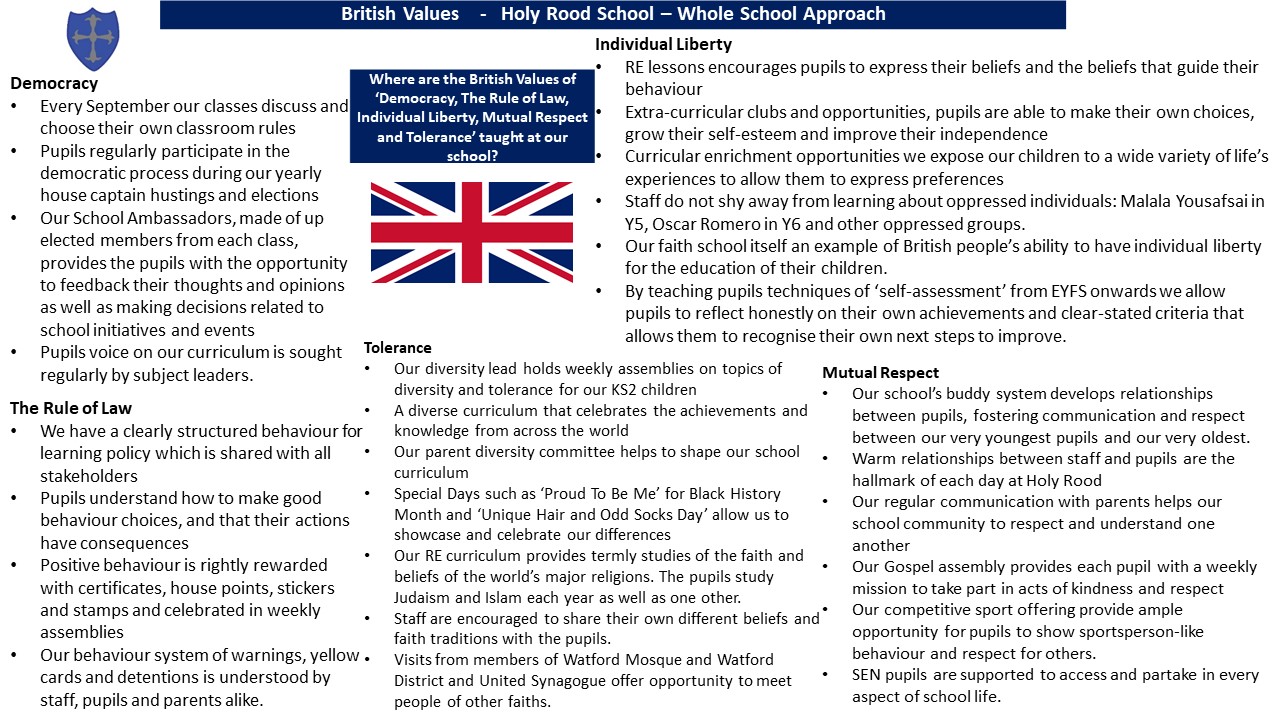 British Values On A Page 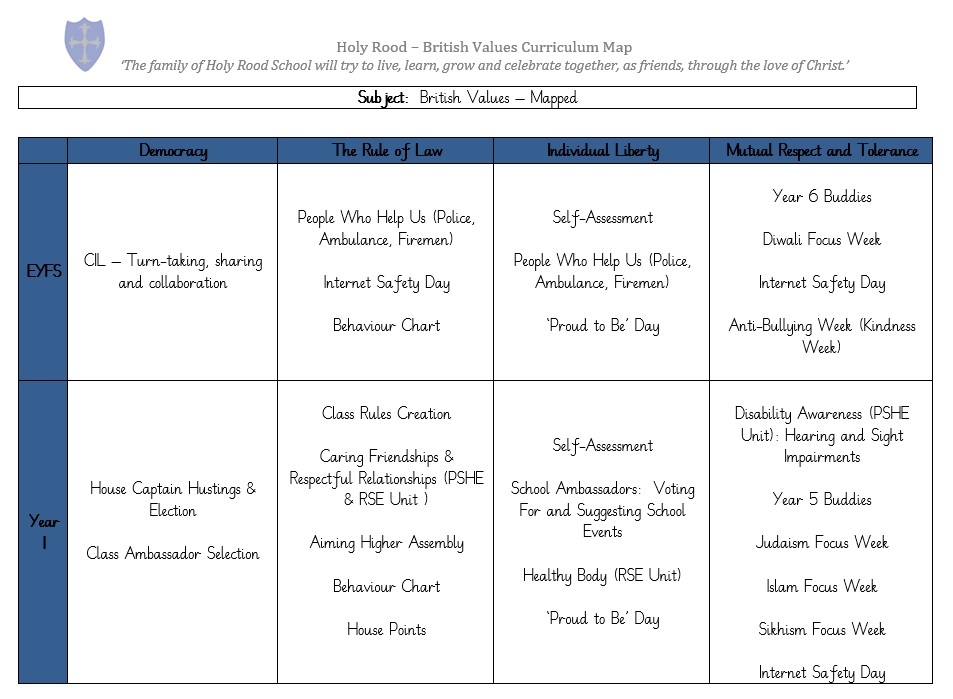